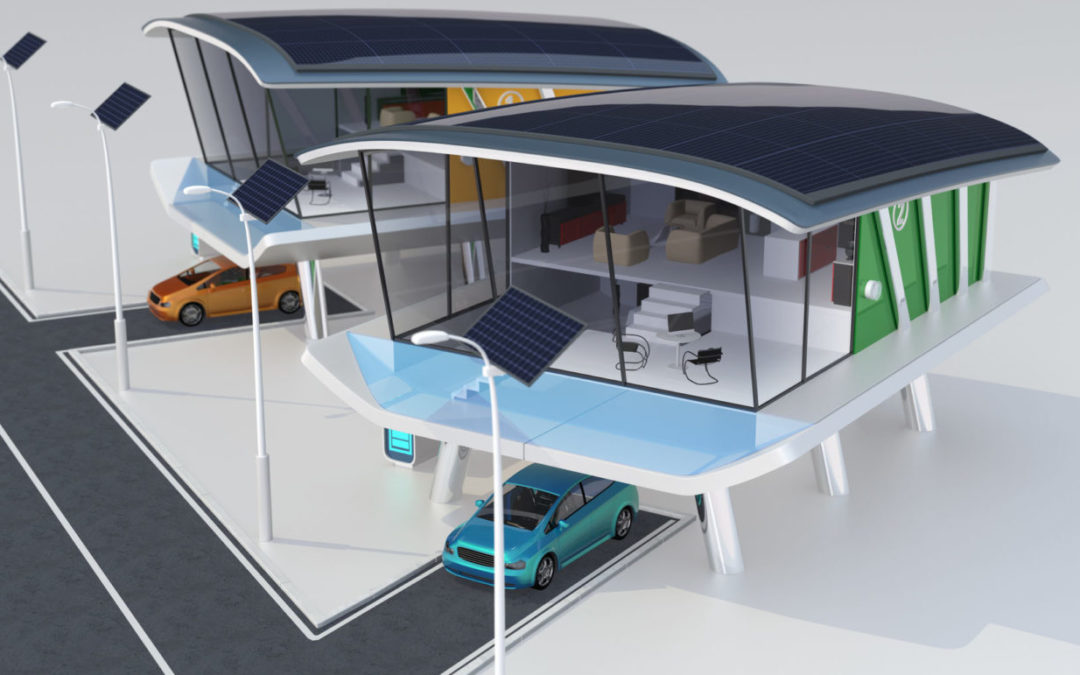 I’m not going to be able to say it better:

Any successful climate protection strategy must consider residential and commercial buildings, which are responsible for almost 40 percent of U.S. carbon dioxide emissions. From houses and hotels to schools and skyscrapers, buildings in the United States use about 40 percent of the country’s energy for lighting, heating, cooling, and appliance operation. It is estimated that the manufacture, transport, and assembly of building materials such as wood, concrete, and steel account for another eight percent of energy use. About 30 percent of the electricity buildings use is generated from coal-burning power plants, which release greenhouse gases, causing climate change. (Source: Environmental and Energy Studies Institute)

These types of improvements are often cited as the first line of defense, because reducing energy use/increasing efficiency is going to reduce fossil fuel use no matter where your electricity is coming from, and just because you switch to renewable energy doesn’t mean it’s OK to waste energy. It’s just common sense, right?

While are are many exciting movement towards designing completely self-sustainable communities, sustainable architecture, smart buildings and smart homes, every person who uses electricity today can already start to make a difference (and save themselves money). Often it’s through behavior change, such as remembering to turn the lights off or to shorten your daily showers, and sometimes it could be through home improvements or smarter appliances, or changing to LED light bulbs. There are apps (and probably new ones being developed every day) to help people make these improvements. Have you heard of Nest and Google Home?  Lots of players entering this space, and it seems like there’s a lot of room for growth. Home and office improvements such as energy efficient windows and caulking are additional activities. On the other end of the spectrum, any sustainable city strategy will be engaged with buildings and energy.

Awesome! High Fives! Huge potential. Where to start? Get an energy audit. Can’t find anyone?  Learn how to do it yourself then offer it as a service! Start a home shopping network for home energy efficiency products with customer reviews!  Study sustainable architecture! What are some other ideas you can think of?