Soil: The Next Carbon Frontier? 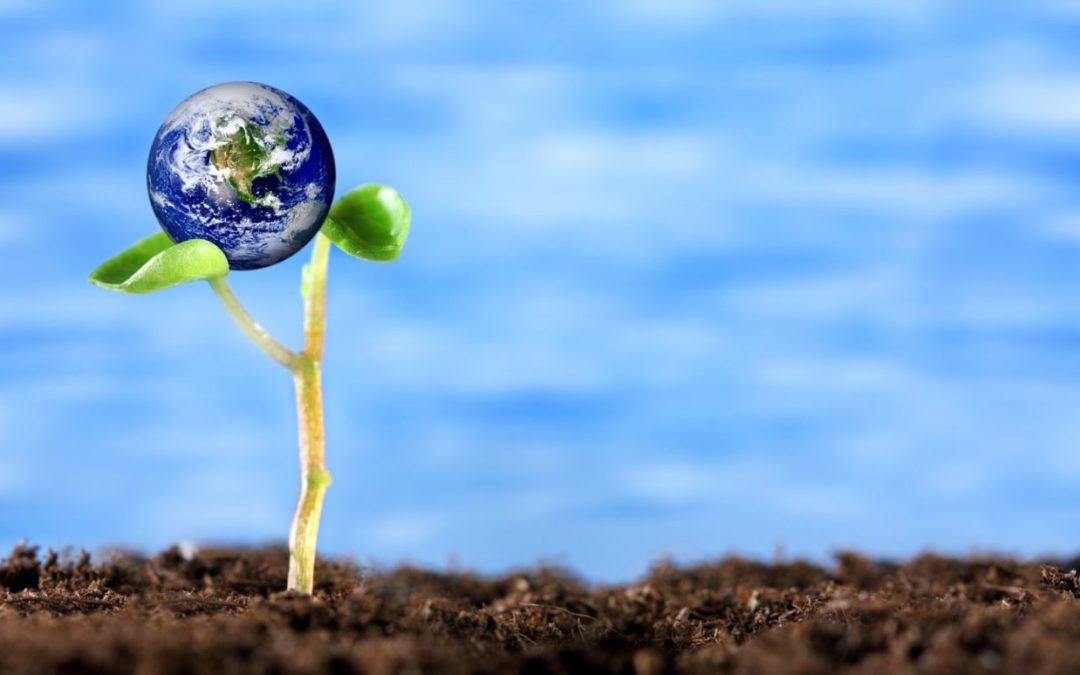 Have you heard about the permafrost melting? This is soil or ground that’s been frozen for sometimes thousands of years, and it covers one quarter of the land in the northern hemisphere. As recently reported, in places like Alaska and others, we’re finding out that the permafrost is no longer permanent; it’s melting. So what?  Well, the melting releases all the concoctions that have been locked up in the frozen ground including long-buried bacteria and viruses, and carbon dioxide. If it all melts, it’s something like two to three times the carbon dioxide that we’ve already released that will be released from the permafrost. That’s an additional 1.7 degrees Fahrenheit of warming on top of everything we’re adding from fossil fuels and other activities. That’s not all. Another recent study shows that warmer soil releases carbon dioxide faster. This is bad for permafrost and any other soil. Any situation like this is a vicious circle, because the increasing temperatures we’re now experiencing cause the increase in carbon dioxide in the atmosphere, in turn causing more warming, etc.

There are a lot of unknowns here and pardon the brevity of this explanation of a highly complex and important issue in the realm of climate change.  The point is: most of our strategies up until now have not taken into account the melting permafrost, since it’s such an unknown, nor the warming soil issue. So it seems prudent, although we already have good strategies to reverse the trajectory of climate change and keep under the 1.5 degree targets, to still be looking at carbon negative strategies wherever we can. Also, because some of the newer studies are pretty sure we’re going to need those too. That’s where soil comes in.

It’s turning out there are a number of ways that soil can be useful in drawing down substantial amounts of carbon dioxide from the atmosphere. According to some Stanford researchers:

Improving how the land is managed could increase soil’s carbon storage enough to offset future carbon emissions from thawing permafrost, the researchers find. Among the possible approaches: reduced tillage, year-round livestock forage and compost application. Planting more perennial crops, instead of annuals, could store more carbon and reduce erosion by allowing roots to reach deeper into the ground.

Well that sounds great! That sounds like it could be an opportunity for small farmers.

As Permaculture Magazine reports, “climate farmers” are helping to improve the “carbon sink” potential of the soil:

Photosynthesis is nature’s invention for pulling carbon out of the atmosphere and giving it to plants and soils. Respiration and decay then return the carbon to the air. In a natural state, this exchange is in balance. However, as soil is degraded through industrial farming practices, including plowing and the use of fossil fuel- intensive fertilizers, more carbon is released to the air than is absorbed in the soil. Fortunately, this process can be reversed. Soil can be a carbon sink. There are many methods to achieve soil carbon sequestration.

These climate farmers are inventing new ways to kill weeds with sheer sheets of plastic cover, and increase fertilization with a rotation of grazing animals, and new services and training sessions are being developed. It’s estimated that:

…soils globally could sequester 1.8 to 4.4 gigatons of carbon each year for the next 50 to 100 years. Encouragingly, if combined with deep cuts in emissions, this could return greenhouse gases to safe levels within decades.

So we know soil can be a help to sequester carbon. With a biochar amendment, it can further improve soil performance, helping it retain water and nutrients, while sequestering carbon for many years. In some places it’s been thousands of years. It’s like: turbo soil carbon sequestration. We’re going to get more into that in a separate post.

We’ll have soil giving off CO2 in some spots and gulping it up and storing it away in others. Are you involved in this area or want to be? Please let us know about your soil carbon sequestration interests or involvement.