Blockchain for Carbon Credits in the Climate Economy 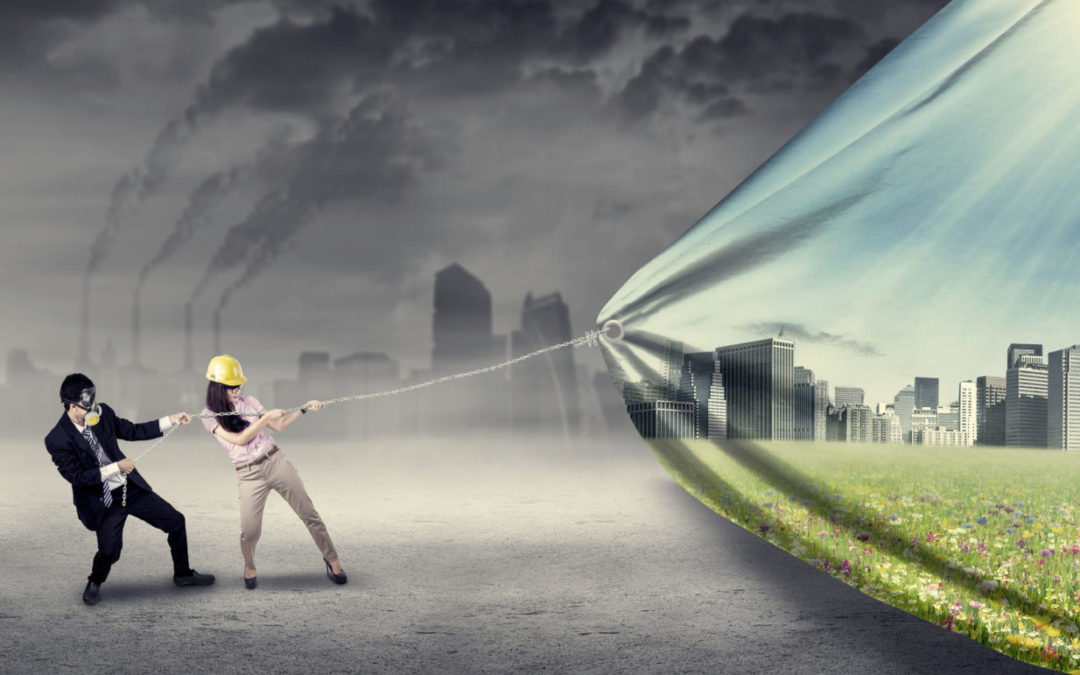 Well there’s a mouthful! It might sound like a foreign language to you, but probably in less than a decade it will be the source in billions of dollars of economic activity. We gave a brief introduction to “blockchain for energy” in a previous post; if you’re to blockchain you might want to head there first, then return to this post.

Carbon credits is a new potentially exciting area for blockchain technology. IBM is already helping a company called Veridium Labs along this path. They’ll develop the backend system that will allow indisputable tracking of contracts and measurables that are involved with carbon credits. Some companies with high carbon footprints will buy them to offset their carbon emissions; offsets fund projects that wouldn’t have happened otherwise. Emissions are reduced because companies shift away from activities that cause emissions in order to lower their costs. Also, the funded new projects, such as reforestation, reduce carbon emissions and undoubtedly have other natural and economic benefits, especially for local populations. These types of offsets are already being sold by companies like InfiniteEarth. Companies are already buying the offsets for many different reasons, and have no doubt that soon, the market will require companies to cover their climate risks. But the blockchain technology makes things so much better, according to IBM’s new “blockchain offering manager”:

“We’re creating a fungible digital asset, a token which part of the goal is to create a market where people can buy, sell, trade and then redeem it for the underlying credits,” said Klee, who was put in charge of IBM’s token initiatives earlier this year. “By having a liquid market you open up a world of possibilities.”

“We expect there will be market makers and companies that buy and sell this and it will be a freely floating, exchange-traded asset on the Stellar distributed exchange,” said Klee. “So that the price will be market determined.”

Another exciting part is that new markets require new businesses and jobs.

The verde carbon credit tokens, are built on top of the public Stellar blockchain and via a series of smart contracts follow the entire process of accounting for a company’s carbon emission and offsetting that pollution. (Forbes)

That sounds like a major process! In the climate economy, that means opportunities. On one side is a new market exchange, traders dealing in this new token, buying and selling similar to other assets like stocks and bonds. On the other side are the companies that have to calculate carbon footprints of companies, track company activities that decrease emissions. On another side you have consultants and experts to identify offsetting projects and determine their values. Another side: carbon offsetting projects themselves that reduce carbon emissions and provide new economic opportunities. And probably some other sides I haven’t thought of! There are already a relatively small number of companies offering these services, mainly to large first-mover companies. But if you consider the potential size of this market, and how it can trickle down and provide value to every business out there of any size and activity, it gets interesting. No one’s going to want to miss out on this action. We will keep you posted!

As of a day after writing this post, I was reminded of another side. The current blockchain computing requirements, while providing big benefits, consume a lot of energy. According to a peer-reviewed study out yesterday about Bitcoin’s energy use (one of the first crypto-currencies based on blockchain), it’s currently at the rate of the entire country of Ireland, and it’s expected to continue to grow.  There are already some people working on solutions. This is currently a big problem, and therefore another side of the business opportunities.