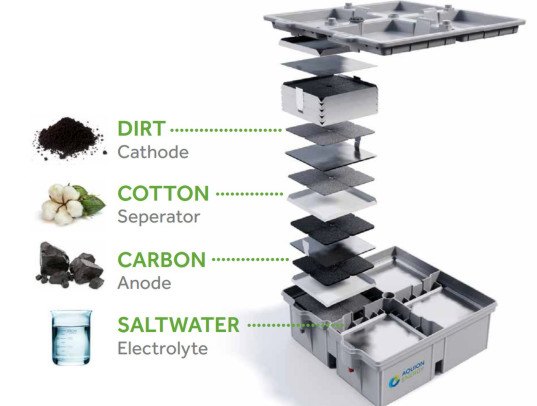 A major talking point of electric vehicle naysayers is that lithium-ion batteries are bad for the environment and not able to be recycled. This is mostly correct, and is leaving out the biggest problem. The materials for these batteries are coming primarily from Africa, and people are being exploited. According to Phys.Org:

The Democratic Republic of Congo supplies two-thirds of world’s cobalt, essential for EV batteries. This Central African nation chronically suffers from “natural resource curse”: while “blessed” with richness in minerals, it remains among the poorest nations in the world.

In the absence of formal employment, hundreds of thousands of Congolese turn to mining. UNICEF estimates there are more than 40,000 children working in mines on jobs such as underground digging, transportation of heavy loads or washing mined cobalt in rivers.

Many adult and children workers have no modern machinery or even basic protective clothing, and the health consequences can be catastrophic. Cobalt even has disease named after it – cobalt lungs, a form of pneumonia caused by overexposure to cobalt dust that leads to permanent incapacity and in many cases, death.

Years of mining have also taken their toll on Congolese environment. Untreated waste and toxic substances pollute areas near the mines, exacerbating health problems of the locals. In addition, worrying radioactivity levels were reported in some of the mines, as southern Congo has vast deposits of not only cobalt and copper, but also uranium. In November 2018, Glencore, one of the world’s leading cobalt producers, temporarily suspended sales of cobalt from its Kamoto mine due to radioactivity detected in supplies.

Obviously this is unacceptable. More about this situation can be read here. At least three have to happen:

First, we have to reduce our consumption through shared and other modes of transportation as much as possible. Energy efficiency measures, including reducing use of energy, are always the first line of defense for clean energy.

Second, we have to change the rules for international trade. This sounds big but the US is the major culprit here. As Kate Arnoff sums up in her book “A Planet to Win:”

Currently, trade rules and agreements are written by and for the 1 percent. They protect capital’s mobility and investors’ profits and undermine the power of democratic majorities to prioritize labor rights, ecosystem integrity, and equitable economic development. Restructuring this global architecture, which is embedded in everything from investor arbitration clauses to intellectual property rights, is daunting. But there was nothing inevitable about the victory of the neoliberal project to protect markets from democracy. And this moment of heightened political turbulence presents an opportunity to reimagine the world freed from the imperatives of market fetishism. Across the Atlantic, the deceptively named “free” trade regime has come under attack—most prominently from the revanchist right-wing. The Left needs its own vision for trade. The globally dispersed supply chains of the renewable transition are an important place to start proposing policies that promote the interests of the 99 percent and the planet, rather than those of corporations and financiers.” Aronoff, Kate. A Planet to Win (Jacobin) (p. 161). Verso Books. Kindle Edition.

Third, we have to properly value technologies so that the costs to society are included, and therefore new technologies can compete. Saltwater batteries are an example here. They use an abundant resource and non-hazardous materials, and have other advantages according to supporters. They’re currently envisioned as solutions for stationary storage, for homes etc., but solutions for cars are being pursued. They’re not succeeding on the market, however, because lithium-ion batteries are undercutting them on price. If we included the cost to humanity and the environment, lithium-ion batteries would not be succeeding. Promising technologies need an even playing field.

This is how we roll in The Climate Economy. We’re not sacrificing humans and the environment to provide consumers with “solutions” that aren’t solutions at all. We can and will do better.